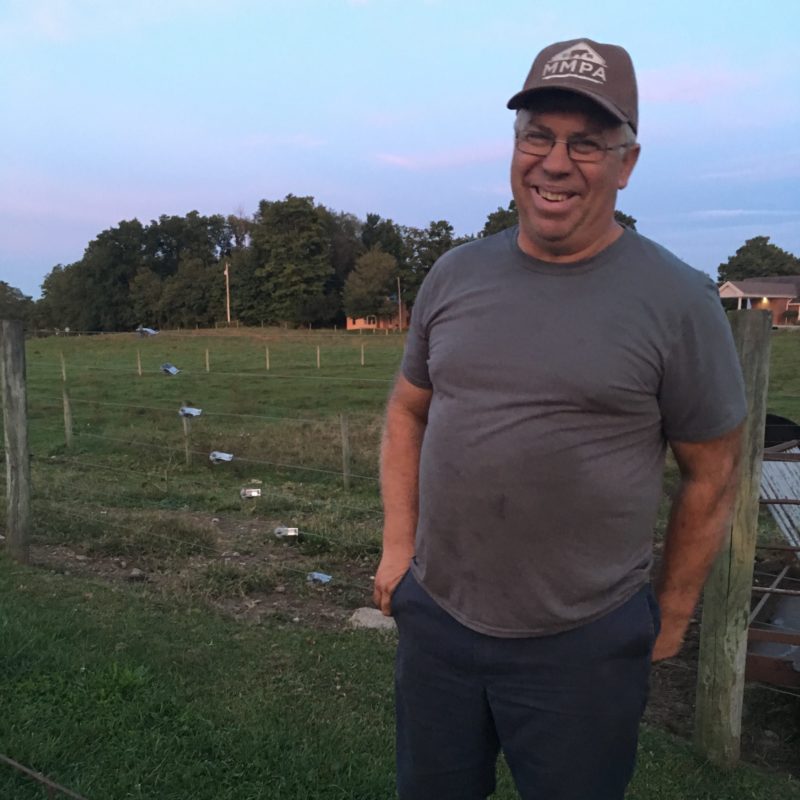 Farming and dairy cows has been the center of Richard and Trula Thomas’ world since day one. Richard bought the farm before he left the service and they welcomed their first calf to the farm a few short days after their honeymoon. Thirty-nine years, three kids and two grandchildren later, they still both look forward to new calves being born.

“My favorite memory so far on the farm was when the kids were showing at the county fair. They always wore red shirts and it was so much fun to see them dressed similar and working together in and out of the show ring,” shared Trula Thomas.

LeAnn Acres—created by using Richard and Trula’s middle names—is home to 120 milking cows who are milked two times a day just eight miles away from Heritage Ridge Creamery. They farm about 200 acres of corn and hay to feed their animals. Their son Sheldon, who is considered the herdsman, spends most of his time with the cattle milking, taking care of the calves while Richard focuses on the crop side and the herd health.

“I love great cows. I love showing at cattle shows and working with the animals. It makes me proud to see them succeed in the show arena after working with them from day one,” said Sheldon. “My happiest moment in my life I think was when our cow “Sweet” was awarded Grand Champion at the 2017 Indiana State Fair.”

They all agreed that some of the best parts of dairy farming is the variety of tasks needing to get done on a day to day basis seldomly is boring and seeing the fruits of their labor is truly rewarding whether it is in the show ring, harvesting corn or watching a calf grow up to be a milk cow.

“It’s a lot of work with many challenges but reaping the rewards of your hard work and working with family makes it worthwhile,” said Richard.